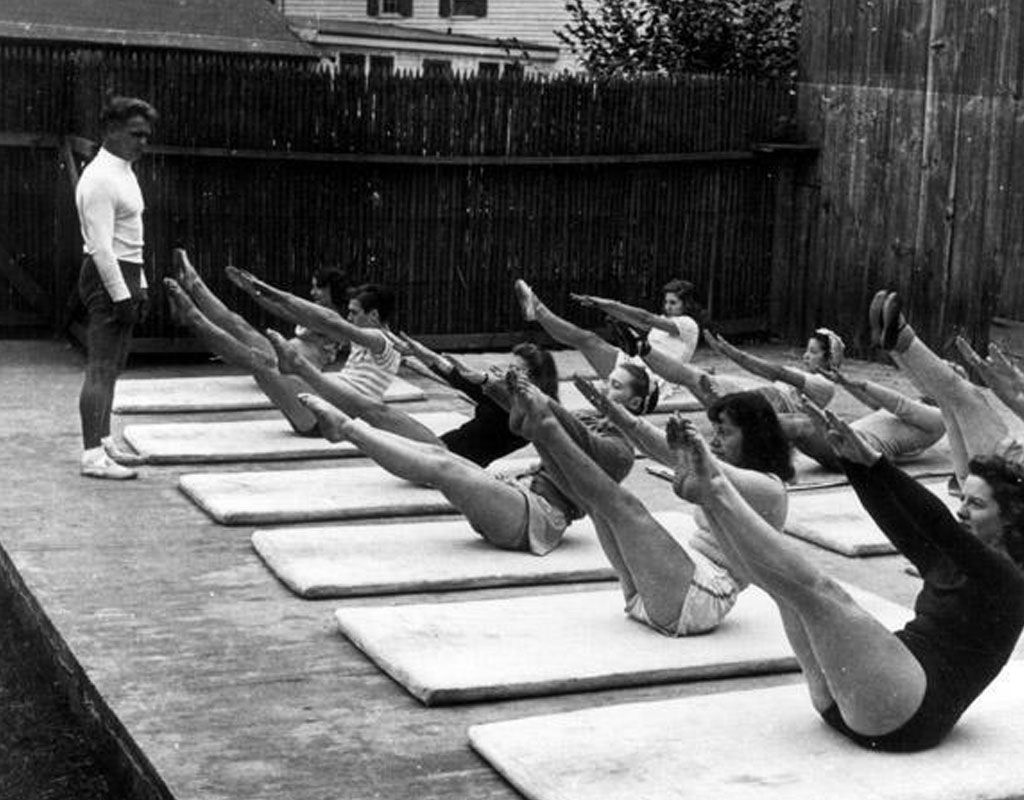 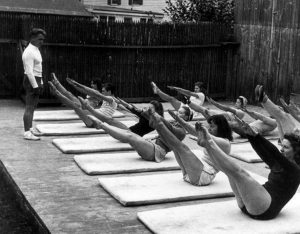 Pilates traces its origins to Joseph Pilates, born in Dusseldorf Germany in the 1880s. From an early age Joseph had the influence of a naturopath mother and champion gymnast father. One might infer these figures contributed to his knowledge and consequent early interest in the health and fitness arena (Reyneke, 2002).

As a child, Joseph Pilates suffered from ailments including rheumatic fever, rickets and asthma which saw him bullied by other children (Reyneke, 2002; Latey, 2002). This was apparently the major catalyst to spur him into becoming obsessed with physical fitness and creating a stronger physique through such avenues as bodybuilding, gymnastics and yoga. It is said he had an overall interest in sports and fitness and may have himself competed in gymnastics. According to sources, he developed such a well-defined musculature that he was asked to pose for anatomy charts at the age of fourteen (Reyneke, 2002; Latey, 2001a; Hering, 1956).

As an adult, Joseph Pilates became a professional boxer and taught self-defence. It is alleged this professional work led him to explore karate, meditation and ancient Greek and Roman fitness techniques. In terms of when Joseph Pilates specifically started to devise what we know of pilates as a uniform set of exercise principles, most sources agree took place in England. However the reasons and dates for Joseph Pilates moving to England vary. Some sources claim he became a circus performer and toured England in 1914 as a part of a troupe. Others put the date as 1911 to work as a boxer and self-defence instructor (Reyneke, 2002; Latey, 2001a; Hering, 1956). At this time in history and as argued by Door and Leach (1999) Germans going to Britain was most commonly economic. All sources do agree none the less it was for employment.

At the outbreak of WW1 being a German national Joseph Pilates was interned in Lancaster, then in the second year of the war was transferred to another camp on the Isle of Man. Over this time sources concur that he refined his ideas about health and bodybuilding and what would become the specific principles governing the practice of Pilates. He practised and taught inmates self-defence and wrestling. According to Cesarani and Kushner (1993), Door and Leach (1999) on the Isle of Man he volunteered to be a hospital attendant at the camp. It was here that what we know as the modern day reformer and affiliate pilates equipment was spawned; as a method to rehabilitate inmates, he used bed springs to provide resistance to enable bed bound patients the ability to exercise. Joseph Pilates observed muscle tone increased in those patients (Latey, 2001a; 2001b; Friedman & Eisen, 1980; Hering 1956).

After the war, Joseph Pilates returned to Hamburg, Germany (Door & Leach, 1999). Here he not only trained personal clients but the Hamburg Military police (Reyneke, 2002; Latey, 2001a; Friedman & Eisen, 1980). Joseph Pilates developed his equipment by refining existing and inventing new types. Many of the spring-based machines that support moving the trunk and extremities with resistance in a supine position still belong to the Pilates Method and make it a very unique and specialised form of exercise.

Around the year 1925, Joseph Pilates migrated to New York where he set up his own Pilates studio with wife Clara whom he met on the boat over. It is cited he left due to the social and political climate in Germany. It was here in New York he refined his pilates methods and concepts centred around “contrology” related to encouraging the use of the mind to control muscles. Focusing attention on core postural muscles that help keep the body balanced and provide support for the spine. In particular, Pilates exercises teach awareness of breath and of alignment of the spine and strengthens the deep torso and abdominal muscles. Here he taught into the 1960s and had a firm, established following including dancers and ballerinas (Reyneke, 2002; Latey, 2001a; Friedman & Eisen, 1980).

Joseph Pilates led a life which saw his influence, life experiences and passions culminate to facilitate his formulation of what we know as Pilates and its principles. It goes to show that a man born in the 19th century was truly ahead of his time in terms of exercise principles given the hiatus and now boom of the Pilates method in current day exercise and rehab establishments.

The modern-day Pilates approach has been adopted by physiotherapists and exercise physiologists over time to create a research-based, logical and useful rehabilitation and fitness regime. Physiotherapists have adopted the Pilates method with open arms, due to the benefits this form of mindful exercise offers with regards to pain relief, rehabilitation, mobilisation, stabilization and strengthening.

At Q Pilates, all our practitioners blend the traditional with the modern, the clinical and the fitness to formulate expert individualised programs for each and every client.

Latey Penelope. Modern Pilates: The Step by Step at Home Guide to a Stronger Body. Crows Nest: Allen & Unwin, 2001b.