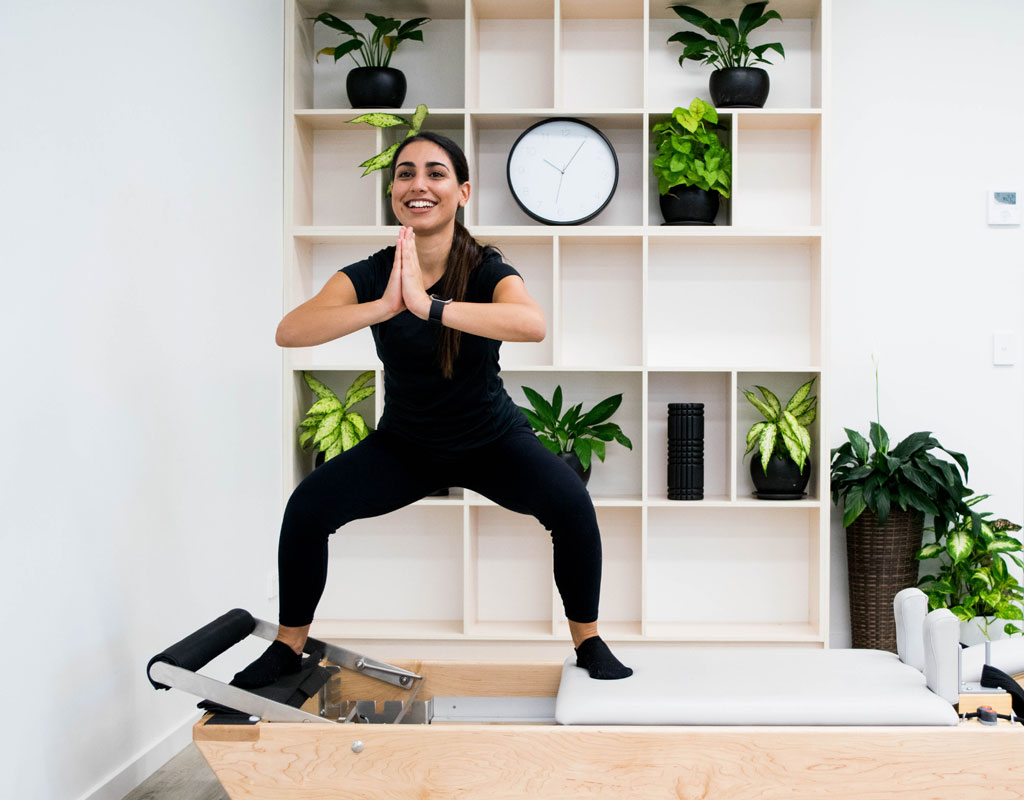 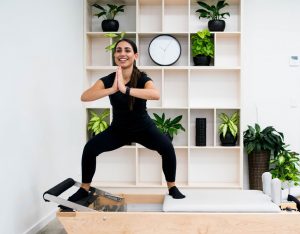 Why is it so important?

Yes, breathing is an important bodily function for the most obvious of reasons- to keep us alive by supplying our body’s cells with oxygen. But did you know that the muscle responsible for breathing, the diaphragm, also plays a vital role in core stability, stress control, sporting performance and management of disorders such as high blood pressure, sleep apnea and reflux (to name a few)? We find all too common that people are breathing inefficiently and not utilizing this wonderful muscle to the best of their ability. Diaphragm breath control forms an important facet of Pilates exercise, read on to find out why it is so important.

Let’s look at the anatomy to help understand why we harp on about breathing during Pilates. The diaphragm is a dome-shaped muscle, somewhat like an umbrella, that sits below the lungs and above the abdominal cavity. It attaches to the lower ribs, sternum and lumbar spine and is pierced by the inferior vena cava, esophagus and the aorta. The phrenic nerve carries motor messages to the diaphragm, to tell it to contract and relax and our brain is in control of performing this at a subconscious level continuously throughout the day. However, we also have voluntary control over this muscle, which helps us to alter our breathing depending on our environmental demand- think to hold your breath underwater versus blowing out a candle.

So how does it work?

Specialized nerve endings within the arteries and brain, tell the body how much oxygen is in the system at any point in time and regulate the breathing rate accordingly. If the oxygen rate in the blood decreases they relay information to the brain to increase the breathing rate.

When we are stressed, our body goes into “flight or fight” mode, our heart rate, blood pressure and breathing rate all increase and we breath more shallow, taking in less oxygen and blowing off more carbon dioxide. When stress is present for long periods of time, the body adopts these altered breathing patterns as the “norm” and our body begins to change the way it functions on a daily basis, causing the diaphragm to weaken through poor recruitment. Poor diaphragm recruitment can cause overactivity in the accessory breathing muscles (the scalenes in the neck and obliques) and using the shoulders to breathe instead of the diaphragm will eventually lead to neck and shoulder pain.

As the diaphragm contracts, it also helps to stiffen the thoracolumbar junction by pulling on the tendon that attaches to the upper lumbar vertebrae. Also, as the diaphragm contracts and lowers, the increase in intra-abdominal pressure must be met with an increase in transversus abdominis (TA) and pelvic floor (PF) or “core” muscle activation to allow trunk stability during breathing and movement. Hence, the diaphragm is an important part of the core stability system and incoordination of the above groups of muscles has been found in people suffering lower back pain and problems stemming from lumbopelvic instability.

Diaphragmatic breathing training can help the natural participation of the diaphragm within normal, subconscious breathing and improved respiratory function in people with sleep apnea and chronic respiratory disorders (Yamaguti et al, 2012). It has also been shown to improve sporting performance, particularly in cyclists, so if you’re participating in endurance-based exercise, diaphragmatic breathing is important for you! (Lee et al, 2010).

For the everyday person, learning how to train your diaphragm and putting this into practice during the workday and during exercise is so important! Joseph Pilates was one of the early pioneers in using voluntary breathing control to improve body outcomes and diaphragm breathing forms an important foundation of your Pilates exercises. Learning how to breathe with the diaphragm and when to do this is of utmost importance!

Here’s how to perform diaphragm breathing:

There are different schools of thought on whether to inhale during resistance or exhale. At Q Pilates our physios are mostly just concerned with you maintaining a comfortable diaphragmatic breathing pattern that feels natural throughout any given exercise.

However, we can use the diaphragm breath to our advantage with certain movements. For example, we like our clients to exhale as they perform an abdominal curl to encourage oblique activation, whilst we encourage people to inhale as they extend their thoracic spine (such as with a swan dive). Some people will also find it easier to feel their core muscles activate as they breath out, while others will find it easier to activate their core muscles before breathing in and out voluntarily.

This is why we perform a thorough breathing assessment in your initial consultation, to establish your body’s natural tendencies and to take the time to educate our clients on the importance of the diaphragm and how it should be working while they exercise!